McEnroe vs Federer: A battle of Mindset

In her book, Mindsets: The New Psychology of Success, Professor Carol Dweck uses John McEnroe as an example of a person with a Fixed Mindset. I think he’s a great example for many reasons.

You can’t argue with the fact McEnroe was an extraordinary tennis player. He is ranked 6th in the list of most career match wins on the ATP World Tour – that’s more than Andre Agassi, Novak Djokovic and Andy Murray. He is often considered among the greatest players in the history of tennis.

Dweck’s use of McEnroe as an example of someone with a Fixed Mindset dispels the idea that only people with a Growth Mindset can grow. You don’t need a Growth Mindset to grow – it just helps.

The Growth Mindset is the understanding that growth is possible. To achieve that growth, you need to develop mature Habits of Mind and apply them through the process of Virtuous Practice – something I describe in The Agile Learner..  McEnroe didn’t have a Growth Mindset, but he did develop many Habits of Mind and engage in virtuous practice, which lead him to become one of the world’s most successful tennis players.

The benefit of a Growth Mindset is it invites you to take these actions and guides your responses as you engage in the process.  Think about what happened when McEnroe made a mistake – the tantrums and the dummy spits. Of course, it’s natural to feel disappointed when we make mistakes, particularly when they happen in high-stakes situations. But in McEnroe’s case, his frustration was directed outwards – at the umpire, the ball boy, the crowd – rather than inwards towards learning and improvement.

McEnroe’s focus was always on protecting his appearance of being a great tennis player. If he wasn’t having a great day, if he was losing a match, rather than accept responsibility, and be accountable for his performance and what he needed to do to improve,  he would blame someone else.

McEnroe also didn’t like to practise. He saw practise as a sign of weakness, that there might be something wrong with his game – something he couldn’t admit. He was all about being better than other people.

Compare McEnroe to Roger Federer, who, in my opinion, is the quintessential Growth Mindset tennis player. Federer makes a point of practising harder than almost anyone else in the game – and he says so. For him, practise isn’t a sign of weakness, it’s a sign of commitment to his growth and becoming a better player. He has great Motivation Calibration in that he understands Virtuous Practice is the price he must pay to improve. 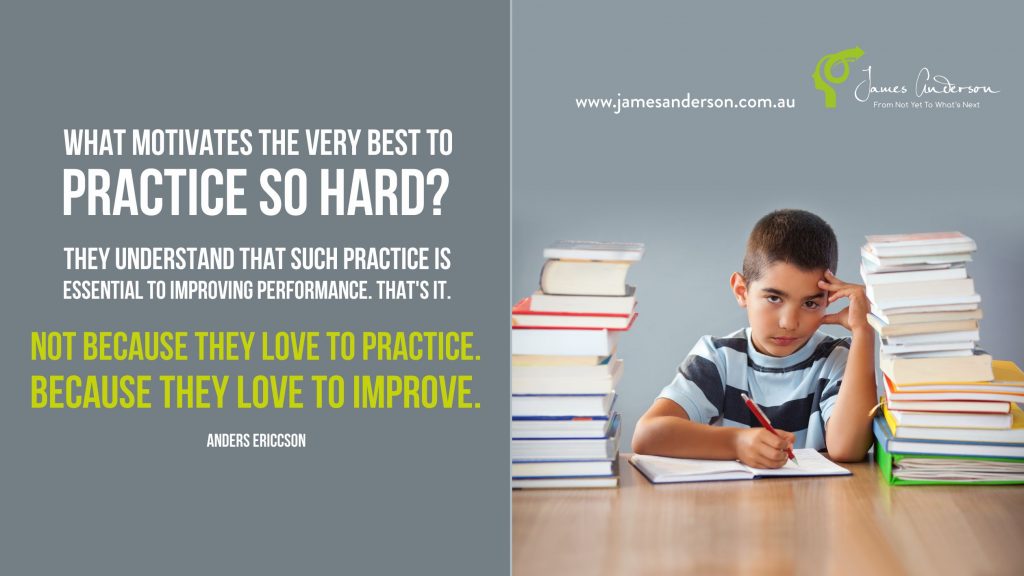 Federer is all about improvement. For him, mistakes aren’t a sign of weakness. In many ways, they are a blessing because they help him hone in on what he needs to work on to improve. He’s not out to be the best in the world – he’s out to be his best.

In some ways, I feel Federer doesn’t compete against the other players so much as he uses them to improve his own game. When he does lose or make a mistake, he doesn’t assign blame or make excuses. Rather, he praises his opponent for the way they played (noting there’s something he can learn from them) and points to shortcomings he needs to work on.

I think Federer sums up his Growth Mindset attitude in this quote: 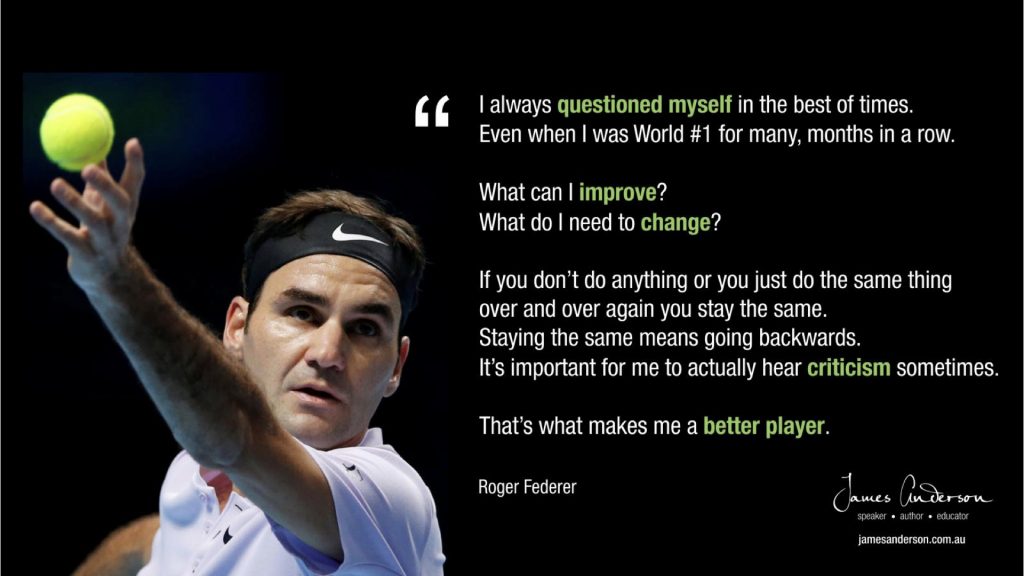 I love the way he finishes that quote: “That’s what makes me a better player.” He’s not particularly interested in being world number one. He wants to be the best player he can be. Even when he is world number one, he looks for ways to improve and push himself.  When you focus on being better than yourself, your world ranking looks after itself.

Moreover, Federer’s Growth Mindset is what makes him such a gracious player. Unlike McEnroe, Federer knows the game isn’t about proving he’s the best. It’s not a measure of who he is. Rather, it’s a recognition of the work he’s done, a measure of where he is at, and a way to continue to better himself.

A Growth Mindset is not a promise of growth, it is an invitation to grow. It gives you the understanding you are capable of growth. It allows you to more deeply and effectively engage in the behaviours and processes required to achieve that growth. It’s not essential to growth, but it helps – a lot!

This article was posted in All, Habits of Mind, Learning Agility, Mindsets.